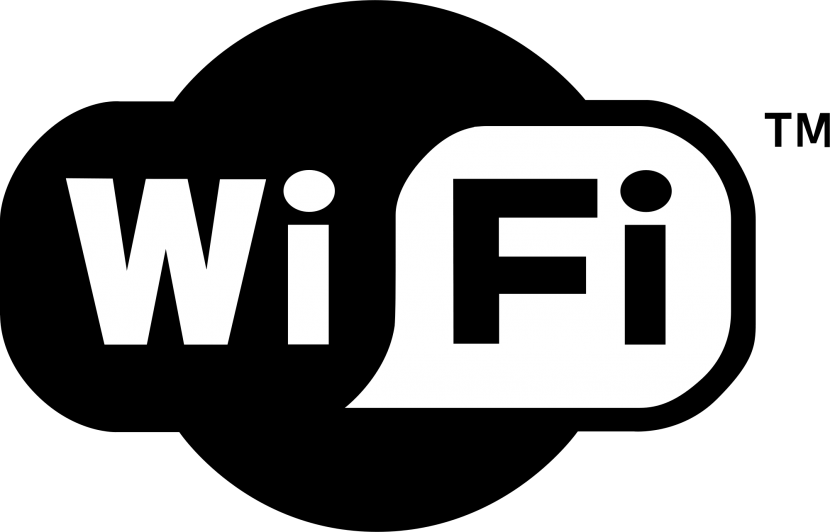 The History of WiFi

The history of WiFi is long and interesting.  In 1971, ALOHAnet connected the Hawaiian Islands with a UHF wireless packet network. ALOHAnet and the ALOHA protocol were early forerunners to Ethernet, and later the IEEE 802.11 protocols, respectively.

Vic Hayes is often regarded as the “father of Wi-Fi.” He started such work in 1974 when he joined NCR Corp., now part of semiconductor components maker Agere Systems.

A 1985 ruling by the U.S. Federal Communications Commission released the ISM band for unlicensed use – these are frequencies in the 2.4GHz band. These frequency bands are the same ones used by equipment such as microwave ovens and are subject to interference.

In 1991, NCR Corporation with AT&T Corporation invented the precursor to 802.11, intended for use in cashier systems. The first wireless products were under the name WaveLAN. They are the ones credited with inventing Wi-Fi.

The WiFi Brand and Trademark

In 1999, the Wi-Fi Alliance formed as a trade association to hold the Wi-Fi trademark under which most products are sold. The name Wi-Fi, commercially used at least as early as August 1999, was coined by the brand-consulting firm Interbrand. The Wi-Fi Alliance had hired Interbrand to create a name that was “a little catchier than ‘IEEE 802.11b Direct Sequence.’ ” Phil Belanger, a founding member of the Wi-Fi Alliance who presided over the selection of the name “Wi-Fi,” has stated that Interbrand invented Wi-Fi as a pun upon the word hi-fi. Interbrand also created the Wi-Fi logo.

The yin-yang Wi-Fi logo indicates the certification of a product for interoperability.

The original version of the standard IEEE 802.11 was released in 1997 and clarified in 1999, but is now obsolete. It specified two net bit rates of 1 or 2 megabits per second (Mbit/s), plus forward error correction code. It specified three alternative physical layer technologies: diffuse infrared operating at 1 Mbit/s; frequency-hopping spread spectrum operating at 1 Mbit/s or 2 Mbit/s; and direct-sequence spread spectrum operating at 1 Mbit/s or 2 Mbit/s. The latter two radio technologies used microwave transmission over the Industrial Scientific Medical frequency band at 2.4 GHz. Some earlier WLAN technologies used lower frequencies, such as the U.S. 900 MHz ISM band.

Originally described as clause 17 of the 1999 specification, the OFDM waveform at 5.8 GHz is now defined in clause 18 of the 2012 specification, and provides protocols that allow transmission and reception of data at rates of 1.5 to 54 Mbit/s. It has seen widespread worldwide implementation, particularly within the corporate workspace. While the original amendment is no longer valid, the term 802.11a is still used by wireless access point (cards and routers) manufacturers to describe interoperability of their systems at 5 GHz, 54 Mbit/s.

The 802.11a standard uses the same data link layer protocol and frame format as the original standard, but an OFDM based air interface (physical layer). It operates in the 5 GHz band with a maximum net data rate of 54 Mbit/s, plus error correction code, which yields realistic net achievable throughput in the mid-20 Mbit/s.

Since the 2.4 GHz band is heavily used to the point of being crowded, using the relatively unused 5 GHz band gives 802.11a a significant advantage. However, this high carrier frequency also brings a disadvantage: the effective overall range of 802.11a is less than that of 802.11b/g. In theory, 802.11a signals are absorbed more readily by walls and other solid objects in their path due to their smaller wavelength, and, as a result, cannot penetrate as far as those of 802.11b. In practice, 802.11b typically has a higher range at low speeds (802.11b will reduce speed to 5.5 Mbit/s or even 1 Mbit/s at low signal strengths). 802.11a also suffers from interference, but locally there may be fewer signals to interfere with, resulting in less interference and better throughput.

In June 2003, a third modulation standard was ratified: 802.11g. This works in the 2.4 GHz band (like 802.11b), but uses the same OFDM based transmission scheme as 802.11a. It operates at a maximum physical layer bit rate of 54 Mbit/s exclusive of forward error correction codes, or about 22 Mbit/s average throughput.

802.11g hardware is fully backward compatible with 802.11b hardware, and therefore is encumbered with legacy issues that reduce throughput by ~21% when compared to 802.11a.

The then-proposed 802.11g standard was rapidly adopted in the market starting in January 2003, well before ratification, due to the desire for higher data rates as well as to reductions in manufacturing costs. By summer 2003, most dual-band 802.11a/b products became dual-band/tri-mode, supporting a and b/g in a single mobile adapter card or access point. Details of making b and g work well together occupied much of the lingering technical process; in an 802.11g network, however, activity of an 802.11b participant will reduce the data rate of the overall 802.11g network.

Like 802.11b, 802.11g devices suffer interference from other products operating in the 2.4 GHz band, for example wireless keyboards.

802.11n is an amendment that improves upon the previous 802.11 standards by adding multiple-input multiple-output antennas (MIMO). 802.11n operates on both the 2.4 GHz and the 5 GHz bands. Support for 5 GHz bands is optional. It operates at a maximum net data rate from 54 Mbit/s to 600 Mbit/s. The IEEE has approved the amendment, and it was published in October 2009.

Prior to the final ratification, enterprises were already migrating to 802.11n networks based on the Wi-Fi Alliance‘s certification of products conforming to a 2007 draft of the 802.11n proposal.

Vendors have announced plans to release so-called “Wave 2” devices with support for 160 MHz channels, four spatial streams, and MU-MIMO in 2014 and 2015.

IEEE 802.11ad is an amendment that defines a new physical layer for 802.11 networks to operate in the 60 GHz millimeter wave spectrum. This frequency band has significantly different propagation characteristics than the 2.4 GHz and 5 GHz bands where Wi-Fi networks operate. Products implementing the 802.11ad standard are being brought to market under the WiGig brand name. The certification program is now being developed by the Wi-Fi Alliance instead of the now defunct WiGig Alliance. The peak transmission rate of 802.11ad is 7 Gbit/s.

IEEE 802.11af, also referred to as “White-Fi” and “Super Wi-Fi” is an amendment, approved in February 2014, that allows WLAN operation in TV white space spectrum in the VHF and UHF bands between 54 and 790 MHz.

It uses cognitive radio technology to transmit on unused TV channels, with the standard taking measures to limit interference for primary users, such as analog TV, digital TV, and wireless microphones.

Access points and stations determine their position using a satellite positioning system such as GPS, and use the Internet to query a geolocation database (GDB) provided by a regional regulatory agency to discover what frequency channels are available for use at a given time and position. The physical layer uses OFDM and is based on 802.11ac.

The propagation path loss as well as the attenuation by materials such as brick and concrete is lower in the UHF and VHF bands than in the 2.4 and 5 GHz bands, which increases the possible range. The frequency channels are 6 to 8 MHz wide, depending on the regulatory domain. Up to four channels may be bonded in either one or two contiguous blocks.

Due to the favorable propagation characteristics of the low frequency spectra, 802.11ah can provide improved transmission range compared with the conventional 802.11 WLANs operating in the 2.4 GHz and 5 GHz bands. 802.11ah can be used for various purposes including large scale sensor networks, extended range hotspot, and outdoor Wi-Fi for cellular traffic offloading, whereas the available bandwidth is relatively narrow. The protocol intends consumption to be competitive with low power Bluetooth, at a much wider range.

IEEE 802.11ai is an amendment to the 802.11 standard that will add new mechanisms for a faster initial link setup time.

IEEE 802.11aj is a rebanding of 802.11ad for use in the 45 GHz unlicensed spectrum available in some regions of the world (specifically China).

IEEE 802.11aq is an amendment to the 802.11 standard that will enable pre-association discovery of services. This extends some of the mechanisms in 802.11u that enabled device discovery to further discover the services running on a device, or provided by a network.

IEEE 802.11ax is the successor to 802.11ac, and will increase the efficiency of WLAN networks. Currently in development, this project has the goal of providing 4x the throughput of 802.11ac.

IEEE 802.11ay is a standard that is being developed. It is an amendment that defines a new physical layer for 802.11 networks to operate in the 60 GHz millimeter wave spectrum. It will be an extension of the existing 11ad, aimed to extend the throughput, range and use-cases. The main use-cases include: indoor operation, out-door back-haul and short range communications. The peak transmission rate of 802.11ay is 20 Gbit/s. The main extensions include: channel bonding (2, 3 and 4), MIMO and higher modulation schemes.

Some vendors have extended WiFi technology to include Outdoor WiFi and proprietary extensions such as Mesh and other features. These devices allow greater use access to WiFi in public spaces.