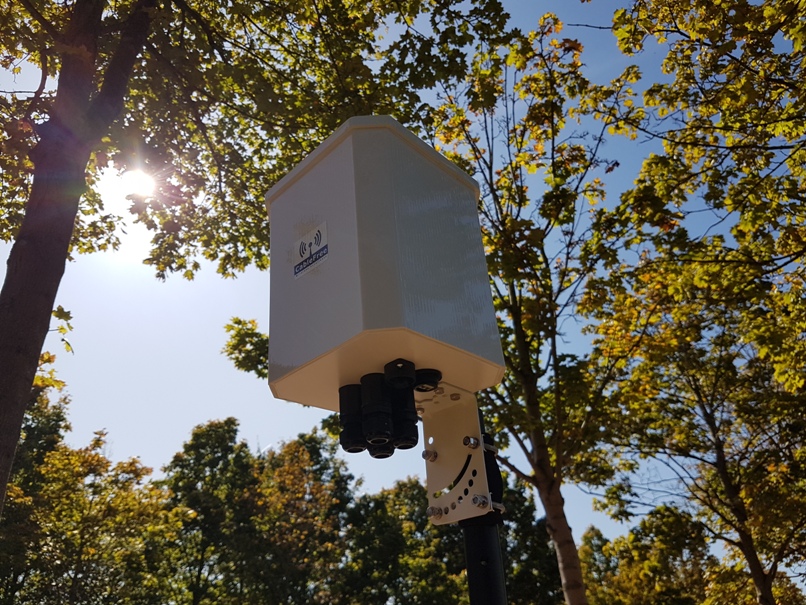 CableFree V-band SmartP2P is the latest in high capacity unlicensed Point to Point (P2P) radios.  The SmartP2P radio features a high gain directional antenna and integrated V-band radio with 1Gbps full duplex capacity.  When used as a Point to Point link, distances of over 1km can be achieved.

The use of V-band 60GHz offers license-free operation in most countries and avoids RF congestion and interference now found in popular unlicensed bands such as 5GHz and 2.4GHz.  By comparison, 60GHz radios use directional beams and beamforming technology to ensure reliable and secure links between sites.