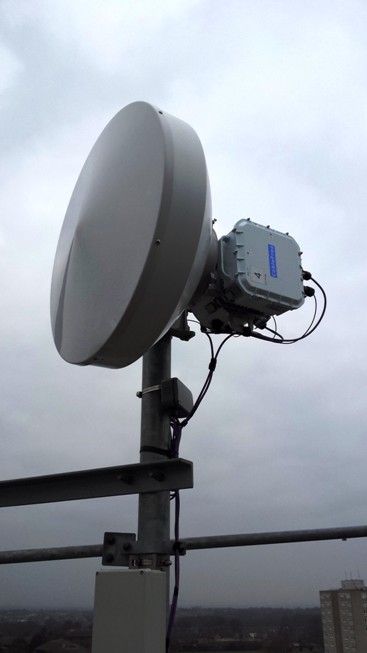 On a Fibre Optic Gigabit Ethernet Network (1000BaseSX, 1000BaseLX), the raw line rate is 1.25Gbps.  This raw data rate is chosen to include 8b10b Line Coding.  Line Coding is used to ensure “DC balance” of the data stream, remove long runs of consecutive 0’s and 1’s, which makes the physical transceivers easier to design, implement, and maximises performance of the fibre optic transceiver range capability.  When the 8b10b line coding is removed from the raw data stream by the Gigabit Ethernet chipset, this allows an uncoded payload of exactly 1.0Gbps.

On a copper based Gigabit Ethernet Network (1000BaseT),  transmission uses four lanes over all four cable pairs for simultaneous transmission in both directions through the use of echo cancellation with adaptive equalization and five-level pulse amplitude modulation (PAM-5). The symbol rate is identical to that of 100BASE-TX (125 megabaud).

The Basic parameters of the Ethernet standard allow us to calculate the theoretical maximum throughput.

All frames must have a 8byte preamble, a 12byte inter-frame gap, and a minimum length of 64 bytes which includes Destination MAC (6 Bytes), Source MAC(6 Bytes), Protocol Type (2Bytes), Payload (46 Bytes) and CRC(4 Bytes).

Given this, the frame size including the preamble and inter-frame gap is 84bytes (8+12+64).

The number of frames per second can be calculated as:

As a result, the maximum theoretical throughput is calculated as:

However, we also lose some bandwidth from the preamble and the inter-frame gap. They can be calculated as follows:

Preamble (recall that it is 8bytes):

Inter-frame gap (recall that it is 12bytes):

Now, let’s do the calculation quickly using a 1518byte frame.

Add in the preamble and the inter-frame gap:

Note that these numbers do not include Ethernet frame, IP, TCP or UDP overhead, so we will take an additional hit there.

Let’s take a look at a 9k MTU (jumbo frames) with all accompanying overhead for TCP.

Max throughput with no overhead:

The approximate throughput for Gigabit Ethernet without jumbo frames and using TCP is around 928Mbps or 116MB/s.

This raw capacity is that of the actual link itself.  However, note that this is still not an accurate representation of what your customer can expect in the real world. Other factors will influence the real-world throughput. These include, but are not limited to, file sizes, types of transactions, cache hits/misses, cpu power, cpu utilization, network utilization, disk utilization, protocol (Network File System (NFS), Common Internet File System protocol (CIFS), etc), client type, kernel version, etc.

Note that for Wireless links such as Microwave, Radio, Millimeter Wave or Free Space Optics, the Airside Interface often uses different coding and modulation than the network side interface.  This difference is often due to limitations in the amount of RF spectrum available (for example, a 40MHz, 56MHz, 60MHz, 80MHz or even 112MHz channel) from the regulatory body and channel planning, the modulation used (for example, up to 256QAM or 1024QAM) which affects both transmit power and receiver sensitivity, aggregation features such as MIMO or XPIC, and especially for longer links, the corresponding Link Budget between the two ends which includes the Antenna Gain at both sides, plus any losses caused by transmission waveguides, connectors, plus atmospheric fade effects.  This airside interface may therefore impose a lower capacity for the “end to end” wireless link even if the network interfaces at each end are connected at 1Gbps Gigabit Ethernet rate.

The default Gigabit Ethernet without Jumbo Frames of around 928Mbps (116MB/s).  For networking equipment where Jumbo Frames are supported, by increasing the MTU can deliver even more data on the same bandwidth link, thanks to the decreased amount of overhead by utilising a lower number of frames. Jumbo Frames can therefore potentially far more of the theoretical Gigabit Ethernet bandwidth to carry data, which means 987Mbps (123MB/s) capacity.

CableFree has over 21 years experience with real-world deployment of wireless for mission-critical applications, with thousands of commercial deployments worldwide. For further information on Applications and Solutions for the range of CableFree wireless networking products please Contact Us